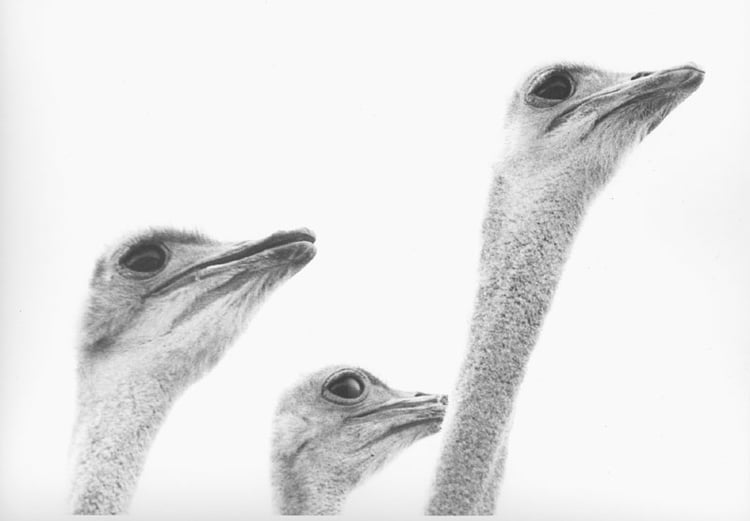 Okay, okay. I am a printer but I admit it: The Internet is an amazing media tool. As providers of traditional print communications, we need to NOT be Ostriches. Instead, we need to strive daily to keep our heads firmly out of the sand and see the value of electronic media. Having admitted that, nevertheless, the forecast for print is bright indeed.

Now hold on, Casey Printing may be located in a little farm town in rural California, but we do have electricity, and consequently, access to the World Wide Web. Yes, it’s stupendous, glorious and sexy, but, like the frosting on a cake, its only part of the mix. When you want to have your cake, and eat it too, you better put print in the mix.

Consider the following from the 2008 Publishing Advertising Trends Study:

Given the much reported double-digit growth in online advertising dollars and the hype of online advertising as the future, what might surprise many are the publishing revenue trends forecasted by those in the know. Yes, magazine publishers and executives expect online revenue to increase, but 68 percent of those surveyed do not expect to see online revenue exceed print revenue for their organizations – not now, not ever.

So, as all good marketing chefs know, print is the flour in the cake mix. Without it there is no foundation and the message falls apart and not everybody gets a piece. Through the US mail, newspaper carriers, door knob hangers, Little League fund raisers, random magazine racks, flyers on your windshield and a zillion other ways, print drives the message home, literally.

Okay, we’ve mixed the batter and used print to get the message in your house. The cake’s in the oven and things are cookin.’ But obviously, it is not the whole recipe. Pull it out and apply the frosting: TV, radio, retail, the internet.

But don’t take my word for it, the Direct Marketing Association provides the following information regarding the impact of the printed catalog in the State of the Catalog Industry 2008 study:

DMA conducted this survey in April and May of 2008 through an email invitation sent to multichannel companies, including catalog, retail, and internet merchants. When the survey was closed, 106 respondents were included for tabulation.

“Oh Yeah?” says the young marketing executive, “if the internet is the frosting, we better spend our marketing dollars online, ‘cause everybody knows that kids prefer to eat the sweet stuff first.

Not so fast. According to ICOM’s nationwide survey of U.S. households, contrary to conventional thought, young professionals ages 18-34 proclaim nearly a two-to-one preference for receiving product information (e.g., coupons) by direct mail over e-mail or online. Privacy is reported as one of the main reasons for this surprising partiality.

ICOM’s nationwide survey of U.S. households was conducted in February 2008. The online research was sent to 40,000 households in the ICOM Shopper’s Voice database. 1,529 U.S. consumers responded.
So print makes a tasty morsel for the younger crowd, but how ‘bout those boomers? Will they find your website on their own, or, in the slightly altered, immortal words of Marie-Antoinette, do we, as marketers “let them eat (the whole) cake”? To answer that, consider this information from a survey of online baby boomer trends:

93 percent of consumers (age 40-plus) say they have read an article about a website in print (newspaper or magazine) and have later visited the product or service's website online.

Boomers account for 78 million people in the US and control more than 83 percent of consumer spending, reminding marketers that print media coverage, as part of an integrated marketing strategy, remains an important element of boomer marketing.

The list goes on but the point is made and the cake is done. Blow out the candles, cut it up, put it on plates and serve. Just remember, if you don’t want it to get stale, crumble and fall, you better put print in the mix.

Overall source: Print in the Mix - A Clearinghouse of Research on Print Media Effectiveness. www.printintthemix.rit.edu

A marketing pro who grew up as part of the Casey print family, Jasper graduated from Cal Poly San Luis Obispo and currently studies at the UOP McGeorge Scool of Law.