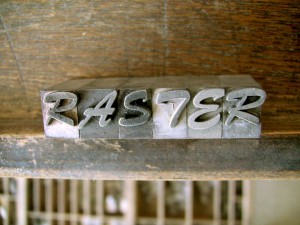 What Are Raster Images?

Word of the Week

If you read last week's post about Vectors, you'll see that the two posts are very related. In fact, you might consider Raster the 'Yin' to Vector's 'Yang', or an older brother… or something. Anyway, let's get started.

What is a Raster?

A Raster, or what we generally call a Raster Graphic, is a computer image arranged in a rectangular grid of pixels or points of color. Also known as a Bitmap Image, Raster Graphics represent an image or range of colors assembled bit-for-bit that can be stored in a format readable by such devices as Computers and Printers. Typical formats for Raster Graphics are JPEG, PNG, GIF, BMP, PSD, XCF, and TIFF.

Why are They Called Rasters? 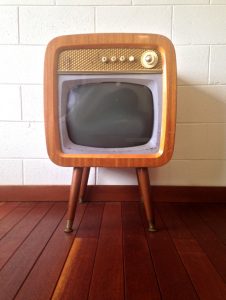 The name derives from the early CRT video technology, which would “paint” an image on a screen line by line by magnetically  steering a focused electron beam across a fluorescent viewing surface. This process of building an image was known as a Raster Scan, and the resulting pattern — or picture — was known as a Raster.

Since the process of building Bitmap images is very similar to that used by the CRT monitors, the grid of pixels produced by a Bitmap Image came to be referred to as a Raster Graphic.

Unlike Vector Graphics, Raster Graphics are “Resolution Dependent,” which means they can not be enlarged or “up-scaled” past their native size without losing quality. In other words, you can always make them smaller, but you can never make them bigger.

To see an example of this image degradation in action, click on the image of the leaves to see the leaf icon at 100%, then upscaled to 800%. Notice how the pixels become increasingly obvious as the image gets larger? This loss of apparent image quality is known as Pixelization. 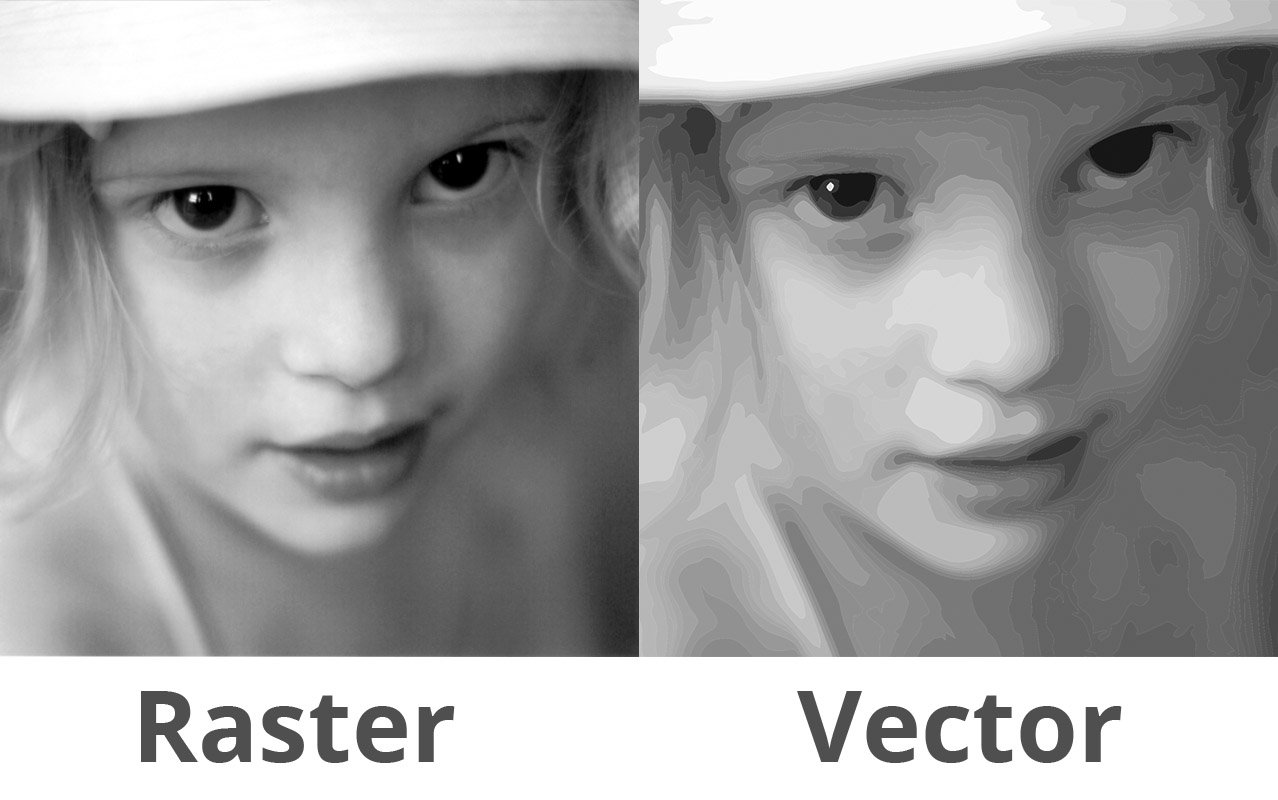 With such a seemingly obvious flaw as limited resolution leading to undesirable pixelization, why do we still use Raster Graphics?

In addition, the vector graphic can only emulate detectable pixels in the raster graphic, so it will suffer from the same degradation when enlarged. Finally, support for vector graphics on the web can be problematical (although most major browsers have made great strides in supporting the SVG format in the last few years).

I think it's safe to say that we'll be using Raster Graphics for a long time to come, and considering the recent leaps forward in quality and resolution, that may not be such a bad thing.