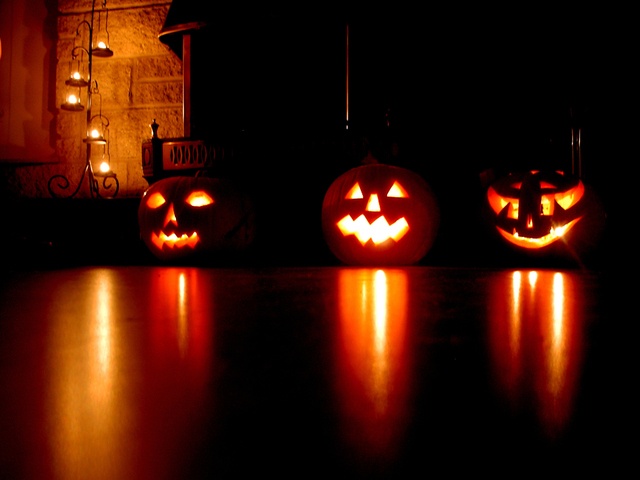 There are many tales and traditions that surround the October 31st holiday of Halloween. These customs and stories have evolved over time until today where — particularly in North America — the holiday has become a huge retail and marketing success. But it was not always this way. The roots of this holiday favorite are steeped in ancient spiritual beliefs and ominous superstition, and although many of the opinions of how Halloween was started are contradictory, we've done our best to make sense of it and highlight some of Halloween's more interesting historical references.

Some believe that Halloween can trace it's roots back to the ancient Celtic festival of Samhain (pronounced “saw-win”). Samhain was celebrated from the evening of October 31st to the evening of November 1st. It was considered a liminal time when the boundaries between the world of the living and the realm of the dead overlapped, making it easier for the Aos Sí — or spirits and faeries — to cross the threshold into our world.

It was believed that the spirits needed to be propitiated, or appeased, to ensure the people and their livestock survived the winter. To this end, feasts were held where the souls of dead kin were beckoned to attend and food set out for them. Mumming and guising played a role in the festival, and people in costume would go door to door reciting verses in exchange for food. Masks and costumes were thought to appease or disguise oneself from the Aos Sí. 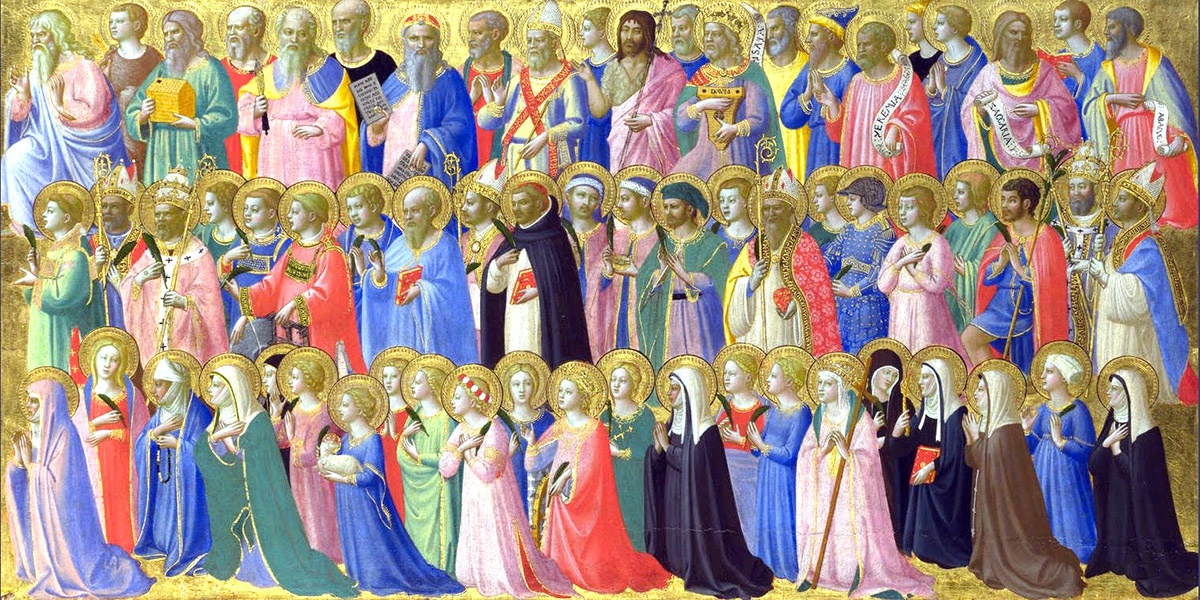 Also known as All Saints' Eve, All Hallows' Eve is the event in the liturgical year from which Halloween derives it's name, and which initiates the triduum of Allhallowtide in Western Cristian culture. It is a time dedicated to remembering the dead,  in particular saints and the departed faithful. Despite the many similarities between Samhain and the modern holiday, many scholars maintain that All Hallows' Eve originated independent of Samhain.

Jack of the Lantern: A Spooky Halloween Tale

One of the more colorful stories associated with Halloween is the old Irish folk tale of “Stingy Jack.” Jack was a lazy yet shrewd farmer who, while being chased by some villagers from whom he had stolen, stumbled upon Satan. The Devil informed Jack it was his time to die and that he had come for his soul. Thinking quickly, Jack tempted Satan with an opportunity to bedevil the faithful villagers who were chasing him. His plan was for Satan to transform himself into a coin that Jack could use to pay for the stolen goods. Later, when the coin (Satan) disappeared, the church-going villagers would fight over which one of them had stolen it.

This sort of mischief was too tempting for the Devil to pass up, and he agreed to Jack's plan. Satan quickly took the form of a coin and jumped into Jack's wallet, only to find that he had been tricked. In Jack's pocket against the wallet was a small cross that stripped the Devil of his powers. He was trapped!

Using the situation to full advantage, Jack agreed to release Satan only on the condition that he promised never to take Jack's soul. Satan grudgingly agreed to Jack's terms and was released.

Many years later, when the shrewd thief finally succumbed to old age, the Devil kept his promise and did not take Jack's soul. However, Jack had been far too sinful to be allowed in to Heaven, leaving him stranded with nowhere to go. When he asked how he would find his way, as he had no light, the Devil mockingly tossed an ember to Jack from the flames of Hades that would never burn out.

Determined to find his way, Jack carved out a turnip and placed the ember inside it, and began wandering endlessly about the Earth in search of a final resting place. This is how he came to be known as “Jack of the Lantern.”

From this foundation of ancient tradition, religious faith and folk lore, Halloween has emerged as one of the fastest growing consumer holidays, grossing billions of dollars a year in retail, food and media sales. A recent study by The National Retail Federation estimates total spending on the holiday will reach $7.4 billion dollars. Dollars and time spent on the holiday will be broken down roughly like this:

What's particularly interesting about holidays like Halloween is the annual local and national “industries” that have latched on to the popularity of the holiday: Pumpkin Patches, Costume Retailers, Decoration Retailers, and more. There's a whole slew of products sold during the month of October that you'll not find any other time of year. Established industries also benefit, with the food industry seeing gains via candy sales, media industries profiting from holiday-themed movie & video sales, and alcohol beverage industries enjoying an increase from bars and party-goers.

But how did this happen? How did we go from folk lore & superstition to mass-consumerism?

As you may have noticed, many of the traditions and tales have their origins in the countries of Ireland and Scotland. In the late 19th century, Scottish and Irish immigrants carried variations of the tradition to North America. As early as 1911 references to “children guising in the streets” between 6PM — 7PM, visiting shops and neighbors to be rewarded with nuts and candies for their rhymes and songs, began to appear in local newspapers. This became a widespread practice by the 1930's, with the earliest known print of the term “Trick or Treat” appearing in 1934 in The Oregon Journal. The headline read “Halloween Pranks Keep Police on Hop”:

“Other young goblins and ghosts, employing modern shakedown methods, successfully worked the 'trick or treat' system in all parts of the city.”

Since that time, savvy businessmen and women have capitalized on the consumer's desire for candy, costumes and merriment during this time of year, and the holiday has grown to monolithic proportions.

So what does this mean for marketers? 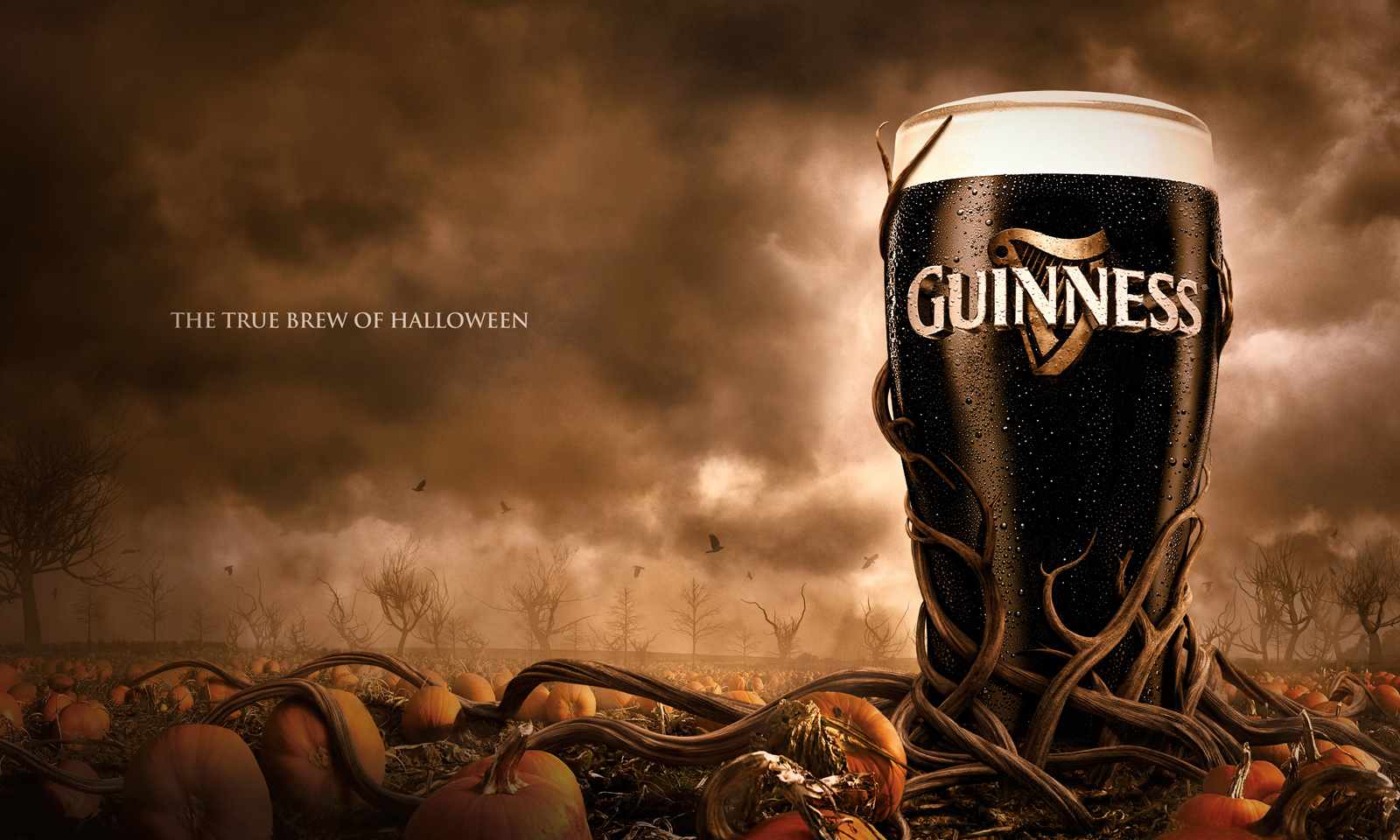 Setting aside for a moment the obvious flurry of marketing activities that will be carried out by the aforementioned industries in an attempt to sell as many costumes, candies, decorations, alcoholic drinks, pumpkins, beers and farm tours as possible, holidays like Halloween also present an excellent opportunity for unrelated industries to have some fun and humanize their organizations. Posting “spooky” social media messages, sharing pictures of the staff in costume, holding Halloween contests or giveaways, posting Halloween memes, or opening the office as a candy stop are just some of the ways companies can steal some of the Halloween spotlight for themselves.

Whether or not your company or organization joins in the Halloween fun this year, make sure you have a HOOOOWLING good time!