Twitter Hashtags: 5 Tips That Will Make You a Pro 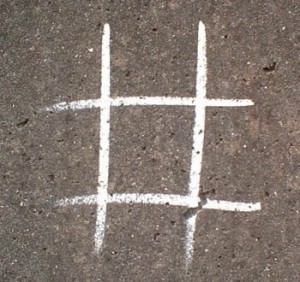 Let's face it, hashtags are everywhere. What started out as a Twitter trend for those 'in the know' has worked it's way across all the major networks (Facebook, Google+ and LinkedIn all use hashtags now) and is making some feel the way they might've felt the first time they saw LOL in a chat room or text message.

Like any other Internet trend, there's a lot of misinformation and misuse going on. So to help our readers look like Social Media pros, I compiled a hashtag cheat sheet for the uninitiated. Enjoy!

Tip 1: Think of Hashtags as a Group Conversation

The easiest way to understand how hashtags were intended to be used is to think of them as a conversation 'room'. In the early days of the Internet, Yahoo! rose to fame on the popularity of their chat rooms. These chat rooms could be created by users and were usually based on different topics, like an age group, music, beliefs or whatever. Hashtags are similar to this concept in that they bring users to a 'conversation' about a subject. For example, if you search for the #WorldCup hashtag on Twitter, you'll find many users having a 'conversation' about the FIFA World Cup.

Tip 2: Search Before You Use a Hashtag

It's never a good idea to bring someone to an empty conversation. So unless you're starting a new hashtag trend as part of a marketing promotion, it's usually a good idea to search for the hashtag you plan to use first. If the search result comes up empty, consider using a different hashtag with the same meaning. This will also give you the opportunity to see what sort of tweets will be in the same 'room' as yours, so you can make sure your posts are in good company. Try alternate searches as well. For example, #Print will give you far different results than #Printing. Don't be afraid to experiment.

Tip 3: Never, EVER Over Use Hashtags

Never use more than one hashtag on Facebook, Google+ or LinkedIn, and be aware of your audience's preferences. Hashtags are widely accepted on Google+, but have a negative influence for many Facebook and LinkedIn users.

Too Many Hashtags (handles obscured to protect the guilty parties)!

Everyone likes a lot of nonsense in their Twitter feed, right? Nothing inspires unfollowing, blocking and spam reports quite like the nonsensical use of hashtags. People are inundated with spam and bombarded with Internet 'noise' on a daily basis, so purposefully contributing to the problem will be considered rude and spammy by your followers. Consider the tweet below. If all tweets were like this, Twitter would soon be closing it's doors. It breaks the conventions laid out in tip #3 and tip #4 (it even breaks tip #5!), and adds no value to their follower's feeds.

Look again at the tweet in Tip #4: "I just ate a grape." What does that have to do with #hipster, #tumblr, #justinbieber, #hot, #pretty, #selfie, #cool, #sun, #water, #cat, #dogs or #animals? As bad as this tweet is, it's made far worse by lumping in hashtags that have nothing to do with the post itself. The goal of a hashtag is to help someone who is interested in the topic you are discussing to find your post. If I'm searching for posts about #animals, I probably don't expect to find people talking about eating grapes. So remember to keep it relevant!

Have any questions or comments on this topic? Sound off in the comments below! Or if your ready to start your own social media campaign using hashtags, and would like some advice, hit that "Talk to an Expert" button below!