Designed as an open source alternative to commonly used proprietary fonts such as Times Roman, Linux Libertine is one of the few completely free and truly open-sourced font families in existence, and also one of the most popular. From start to finish, Linux Libertine is the apex of open sourced: from its creation in Font Forge (the free font editor) to it's GNU General Public and SIL Open Font Licenses.

Designed by the Libertine Open Fonts Project and released in July of 2012, both Linux Libertine and Linux Biolinum were bundled with LibreOffice, the default office suite in many Linux Distributions such as Ubuntu, Fedora, OpenSUSE and Linux Mint. Despite being a freely available and relatively new typeface, Linux Libertine boasts an impressive 2,000+ glyphs encompassing the Greek, Cryllic and Hebrew Alphabets and several ligatures and special characters.

Linux Libertine is a proportional serif typeface inspired by 19th century book type, and at present it comes in five styles: regular, bold, italic, bold italic, and small capitals. It shares many characteristics with Times Roman, but there are noticeable differences. For example, Linux Libertine sports a slightly more archaic appearance and slighter weights. The serifs are slightly thicker and somewhat more curled, and the font as a whole is a bit more narrow and smaller in appearance.

When to Use Linux Libertine 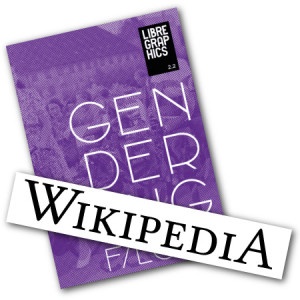 In addition to localization, Linux Libertine has some compatibility advantages as well. The typefaces are available in both TrueType and OpenType (and source) and can be installed on Windows, OS X and Linux operating systems, making is it a solid choice for a go-to serif for many projects.

When Not to Use Linux Libertine

As always, just use your best judgement when deciding whether or not Linux Libertine is appropriate for your design’s message and audience.