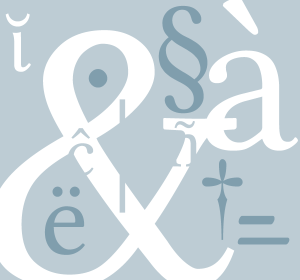 If you're in just about any walk of the communication industry, be it Publishing, Marketing, Graphic Design, Web Design, Journalism, blogging or you name it, chances are you've used special characters — and lots of them (see what I did there?).

Special Characters are a category of typographical elements that include ligatures, diacritics, glyphs and punctuation marks, and, although we use them all the time, you would be surprised how few people in our industry know the proper typography vernacular. So if you're an old typography pro, take a moment to brush up. If you're new to typography, this is an excellent opportunity to learn more, so read on! 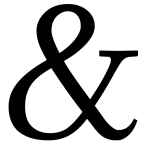 Commonly referred to as the "and symbol," this symbol is a ligature for the letters "et" which is Latin for "and." 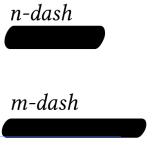 Usage (em dash):  A group of people — most of whom were elderly — shuffled through the doorway silently.

Not to be confused with Hyphens, en dashes and em dashes get their name from the length of a lower-case n and upper-case M respectively. They are typically used to denote a break in a sentence or to set off parenthetical statements. En dashes (not em dashes) are also used to indicate spans or differentiation (e.g. Pablo Picasso (1881–1973) was one of the greatest and most influential artists of the 20th century), whereas em dashes (not en dashes) are commonly used to set off sources of quotes (e.g. Go to Heaven for the climate, Hell for the company — Mark Twain).

Usage: But I thought we were…

From the Ancient Greek word for "omission" or "falling short," an Ellipsis is a series of (usually three) dots indicating the intentional omission of a word, sentence or section of text without altering its original meaning. An Ellipsis can also denote an unfinished thought or awkward silence. 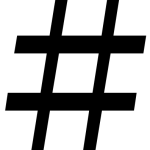 More commonly referred to as the Pound Sign or Hash Tag, you can pull this reference out of your hat at bars or parties. The Octothorpe is primarily used for number designation and — in more recent years — "hashtagging" on social media websites. 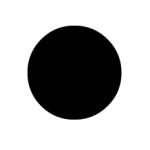 An Interpunct, also called an Interpoint or Middot, is a punctuation mark consisting of a dot that is used to separate words that are usually related or in list form. Not to be confused with a bullet, which is used in a vertical list format, Interpuncts are typically used in a horizontal sentence structure. The Interpunct character is also used to indicate multiplication. 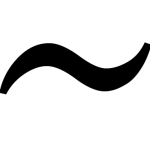 Usage: The train left ~30 minutes ago.

The tilde mark (sometimes called the "sguiggly" mark) is used informally in English to represent a approximation. It can also mean "similar to" or "of the same magnitude of order." It is also commonly used as a diacritical mark.

A diacritic is a glyph added to a letter usually to change the sound-value of that letter. These marks are also sometimes referred to as an "accent." There are many different kinds of diacritical marks, and some of the more common ones are shown in the image below. 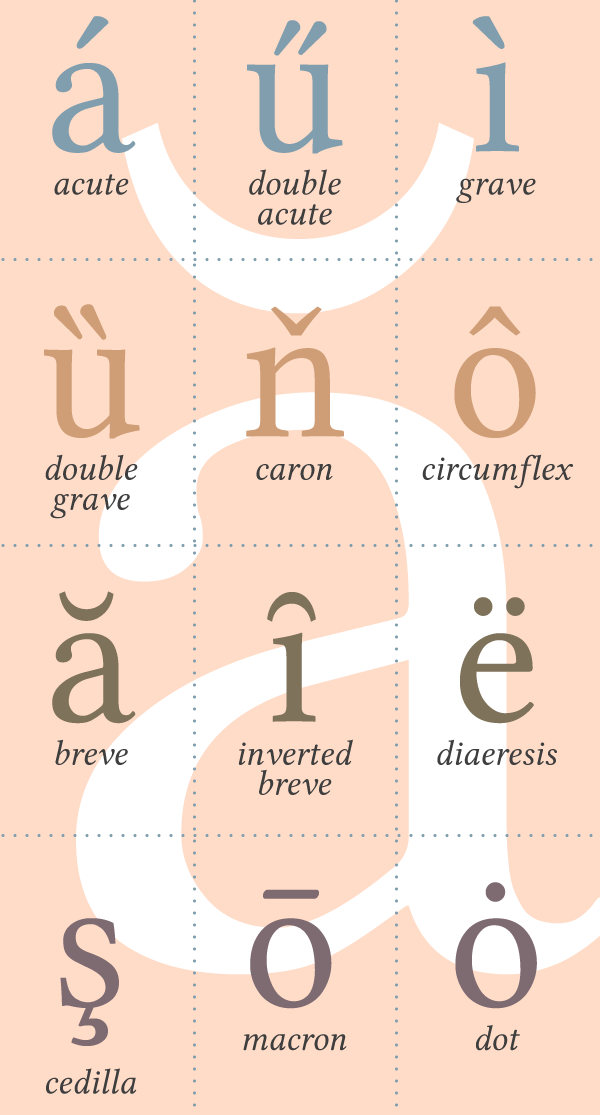 Now that you've expanded your mastery of typographical geek-lingo, go forth and impress (or annoy) your friends by letting them know that you know exactly what that thingy is called.